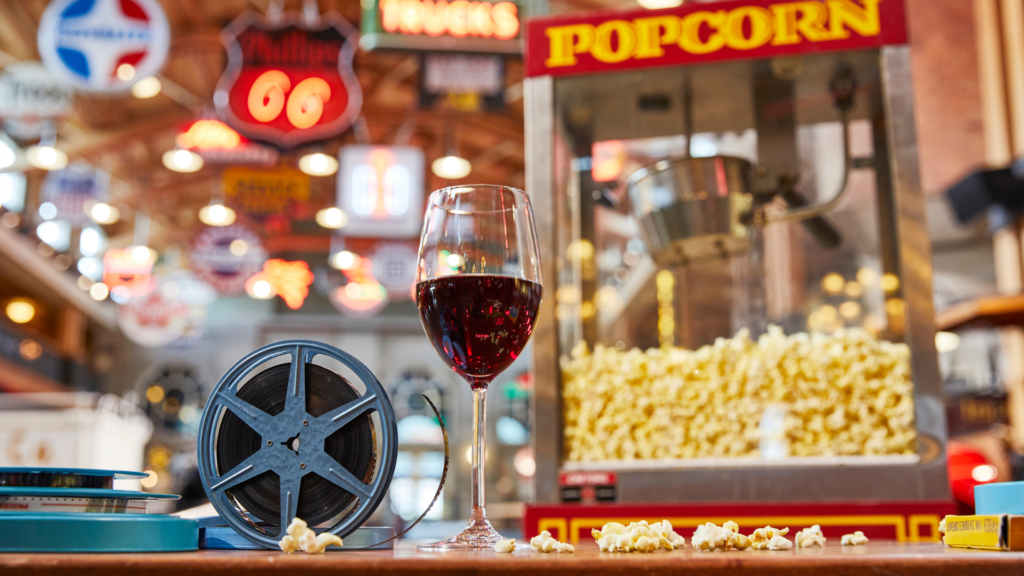 Dinner & A Movie is coming up fast! Join us in Gasoline Alley Museum on Oct. 26 for one of Calgary’s most unique dining experiences as you enjoy a themed, gourmet and delicious three-course meal cooked to perfection by Heritage Park’s expert chefs, all while you’re surrounded by one the world’s largest public collections of antique vehicles! Then, settle in with a bag of popcorn and a refreshing drink to watch Buffy The Vampire Slayer (1992) on an HD projector with speakers designed for optimal hearing wherever you sit! Buy your tickets while you still can to get in the Halloween spirit while experiencing the best dinner date in town!

For Buffy Summers (Kristy Swanson), nothing is the same after she meets Merrick Jamison-Smythe (Donald Sutherland). Merrick tells the teen that he’s been sent to train her to fight vampires, and he proves himself by displaying his supernatural powers. Buffy is a quick study, and soon takes fellow student Oliver Pike (Luke Perry) under her wing, repeatedly saving him from fierce bloodsuckers. But, when a very dangerous vampire (Rutger Hauer) gets rambunctious, she must go to war again.

Great. My secret weapon is PMS. That’s just terrific. Thanks for telling me.

Merrick, you made a joke. Are you okay? Do You want to lie down? I know it hurts the first time.

Oh, vampires of the world beware.